ITER is an experimental fusion reactor according to the tokamak principle which for the first time will generate a plasma with power reactor-like properties over a longer time period (up to about 300 seconds). The investigations on plasma physics will focus on all aspects of a burning plasma which essentially is maintained by alpha-heating. Alpha heating means the transfer of kinetic energy of alpha particles originating from the fusion reaction to the plasma particles (electrons and ions). 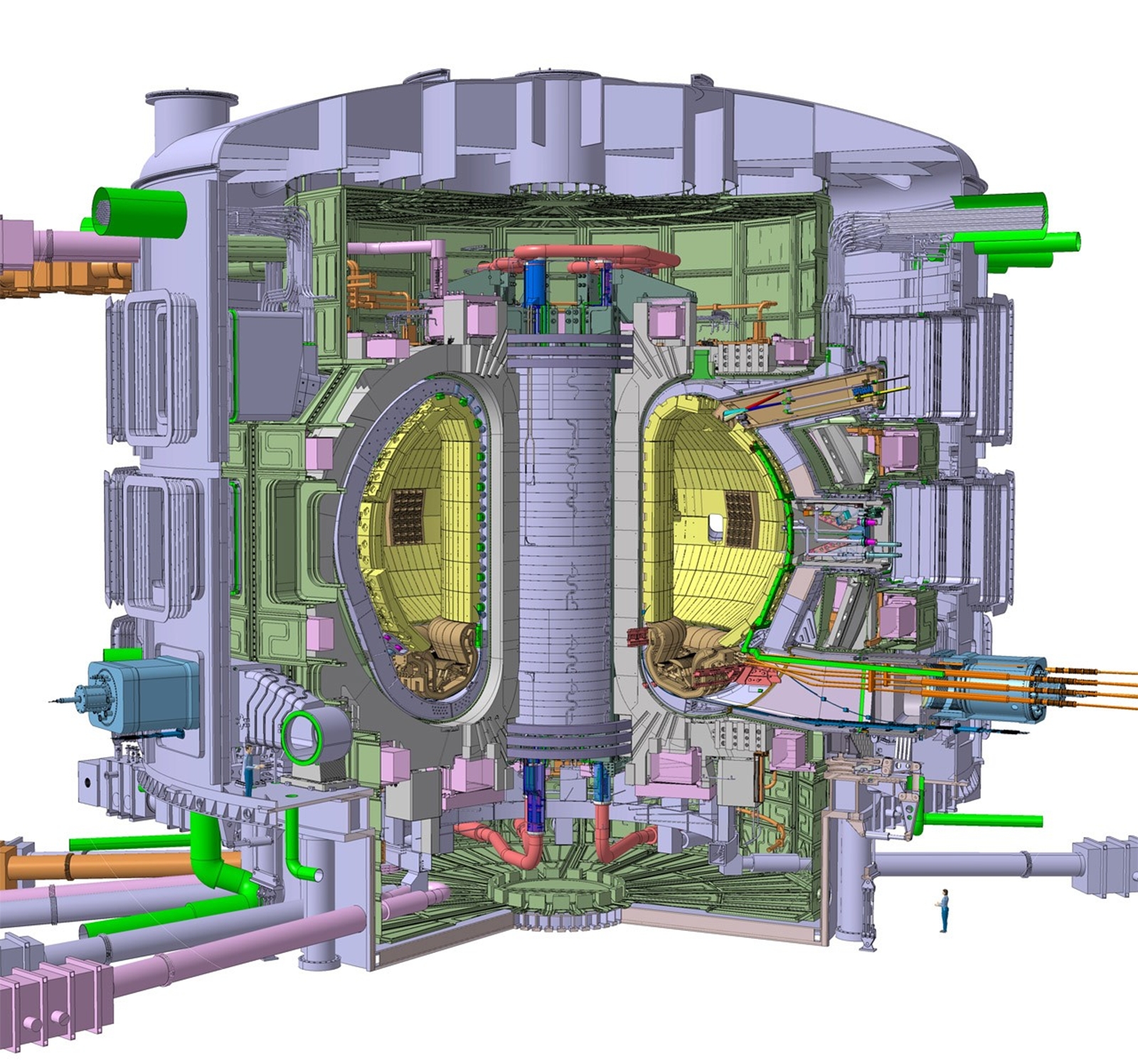 ITER will be realized in co-operation of the European Union, Japan, the Russian Ferderation, USA, People’s Republic of China, South Korea, and India at the site of Cadarache, Southern France. The construction time will be about 8 years, after an operation time period of 10 years results are expected which make it possible to construct a prototype power reactor.